An Environmental Impact Statement (EIS) has been prepared for the proposed repair, replacement, and/or modifications to the Logan and Northern Canal (LNC) system. During the spring of 2009, a slope failure occurred along a hillside in south Logan, resulting in damage to the LNC and disabling the water distribution capabilities of the canal. The Natural Resource Conservation Service (NRCS) is assisting the sponsoring local organization, Cache County, through the Emergency Watershed Protection (EWP) Program. 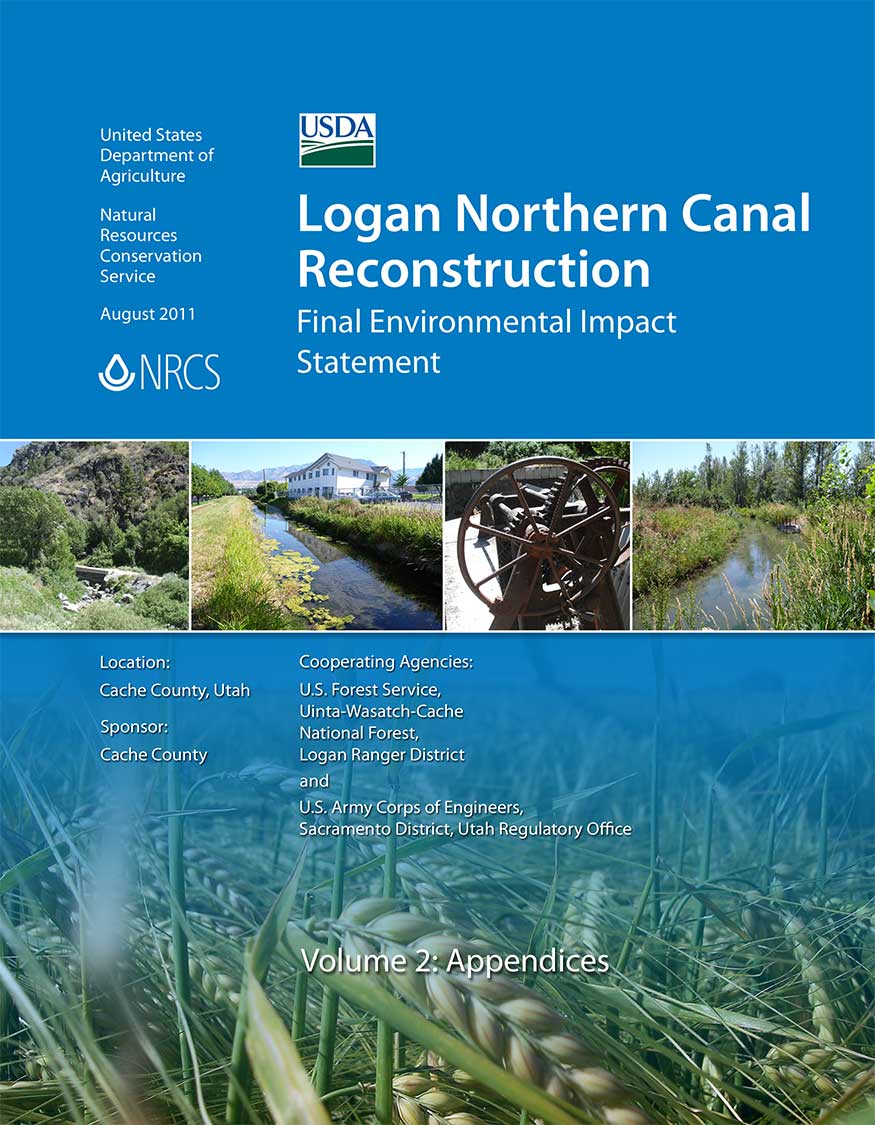 The EIS proposed modifications to the Logan and Northern as well as the Logan Smithfield Hyde Park Canals.   The canals are located in an unincorporated area of Cache County and the communities of Logan, North Logan, Hyde Park and Smithfield

The Final EIS for water restoration was approved in 2011. Included in the EIS are descriptions of the Public Process, Purpose and Need for restoration and Alternatives studied and their associated environmental impacts. Click here to access the Final EIS and Record of Decision.